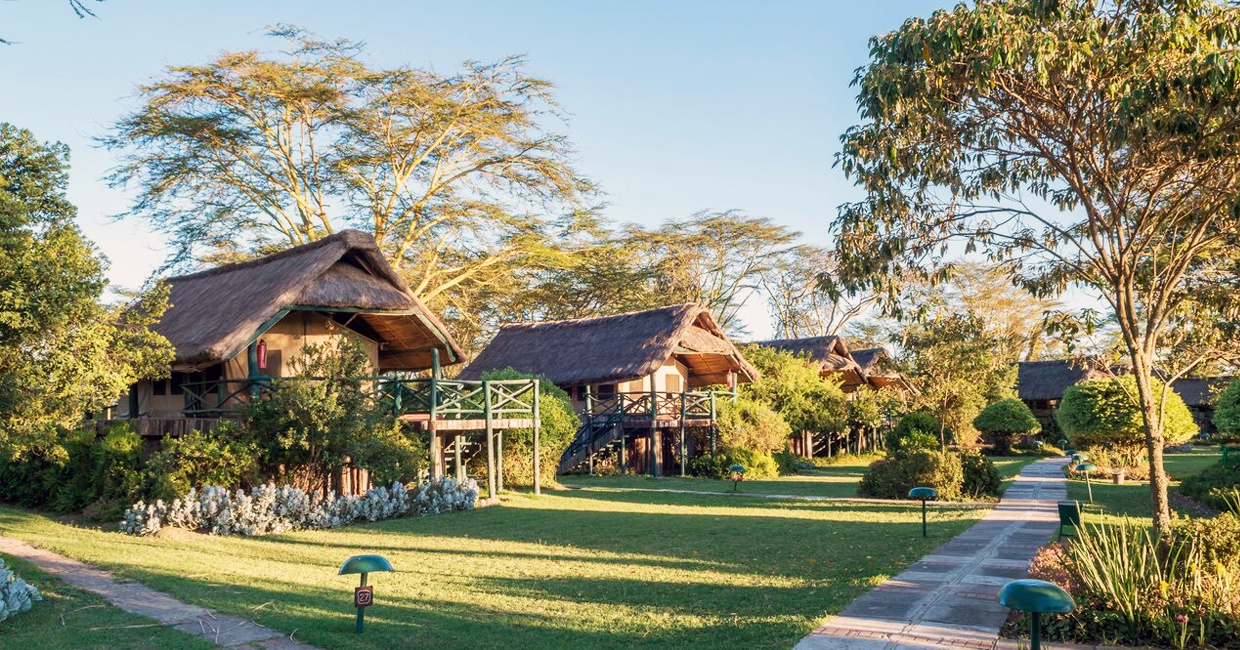 The Camp is located on the plains of Mount Kenya, clustered around a water hole and set in the pristine calm of the private Ol Pejeta Conservancy. The camp features 39 luxury tents. Each with its own private veranda overlooking the water hole  and a private bathroom with a shower and toilet. The recently built Morani Wing features 17 specious deluxe double, twin and triple tents.

All activities offered in the Ol Pejeta Conservancy can be enjoyed from the lodge.

The Ol Pejeta Conservancy is a 90,000-acre wildlife conservancy situated between the foothills of the Aberdares and Mount Kenya. Just an hour's drive from the small settlement of Nanyuki the reserve is easily accessible but offers a very wild experience on the Laikipia Plateau.

It has some of the highest predator densities in the region, and aside from the big cats, there is a chance of seeing wild dogs. Other endangered species here include the beisa oryx, Jackson's hartebeest, and Grevy's zebra. Its highlights include the largest black rhino sanctuary in East Africa; a population of southern white rhino; a refuge for the last two northern white rhino left in the world.

While on safari in Ol Pejeta guests can meet Baraka the Black Rhino - one of the first rhinos born on the conservancy. After losing an eye to an infection following a fight he, unfortunately, developed a cataract in the other eye and subsequently became completely blind. With a low chance of survival on his own, Baraka was moved from the wild to a 100-acre enclosure in order to ensure his safety. There is a feeding platform from which visitors can get up close to view and feed him, an experience not to be missed.

The Sweetwaters Chimpanzee Sanctuary is also open for visitors - established as a refuge for orphaned and confiscated chimpanzees is the only place in Kenya where non-indigenous chimpanzees can be seen.

Safaris by vehicle are not the only option at Ol Pejeta; there are a wide range of extra activities to book and enjoy on the conservancy: walking safaris, bicycle tours, horse or even camel riding safari night drives; visits of the endangered species boma or the dog tracking unit, lion tracking, community visits and also a special “Junior Ranger” program for the kids and much more – more information: https://www.olpejetaconservancy.org/ol-pejeta-escapes/conservation-experiences/