The camp fits nicely into the natural environment and offers a unique opportunity to explore the natural beauty of the Mara. Even after returning from a day out on safari, the feeling of wilderness will be maintained. The camp is not fenced and plains game (antelopes, zebras, and others) often wander around the premises to graze or to quench their thirst at the nearby waterhole. Electricity and hot water in the camp are produced in an environmentally friendly manner – the camp is silver certified by ecotourism Kenya.

The camp offers accommodation in twelve tents and two cottages – each with comfortable furniture, private terrace and en-suite bathroom equipped with a safari shower, a hand wash basin and a flush toilet. Two Deluxe are built on a raised wooden platform and covered with a grass-thatched roof. The bedroom is furnished with a high-quality king size bed or two single beds with bedside tables and reading lamps. The bathroom is constructed with the traditional Masera-stones and equipped with a brass hand wash basin with running water and a solid shower cabin. It creates a more “rustic” but a very comfortable atmosphere. Connected with 240V power and a dedicated & unlimited WIFI access.

Guests are served breakfast with Kenyan Tea or coffee while enjoying one of the most spectacular sunrises seen on this planet. Lunch and dinner is served as a 3-course-menue or a barbecue-buffet. On request meals can be eaten out in the bush.

The small plunge pool is the ideal place to cool down after a hot day on safari and to enjoy the spectacular view of the Mara River and the plains. Several viewing platforms invite you to just relax, take in the breeze and a panoramic view of the Masai Mara. The lounge area is also always open to relax, have a drink and share experiences with other guests. 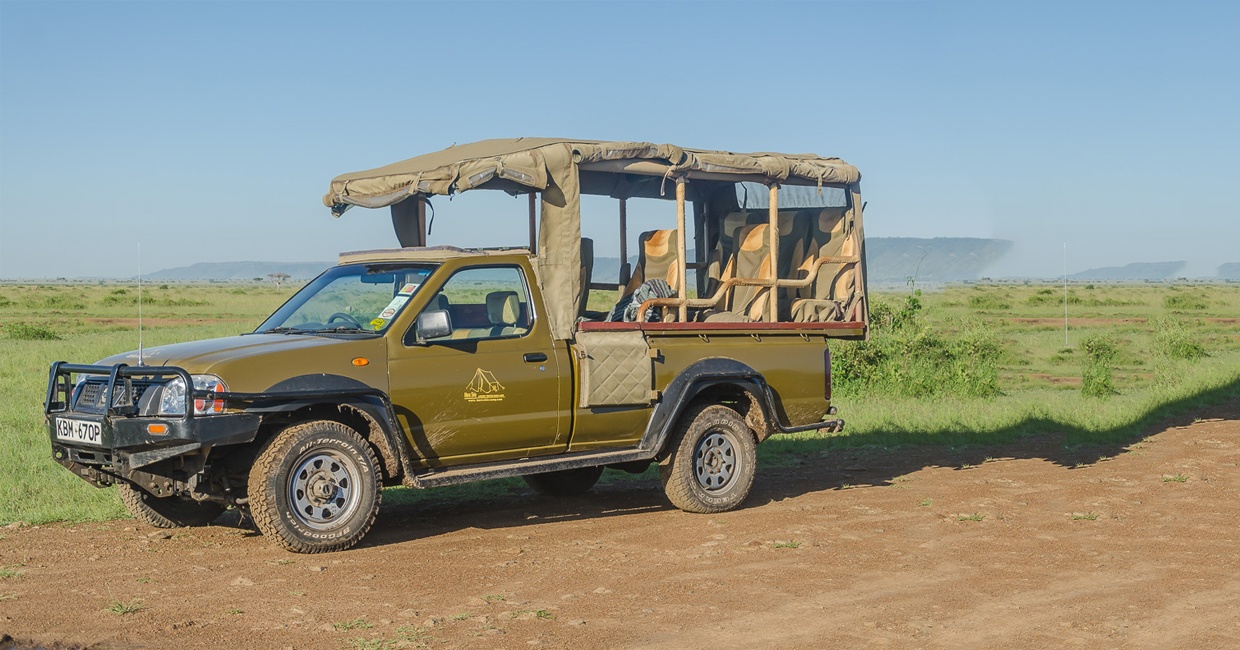 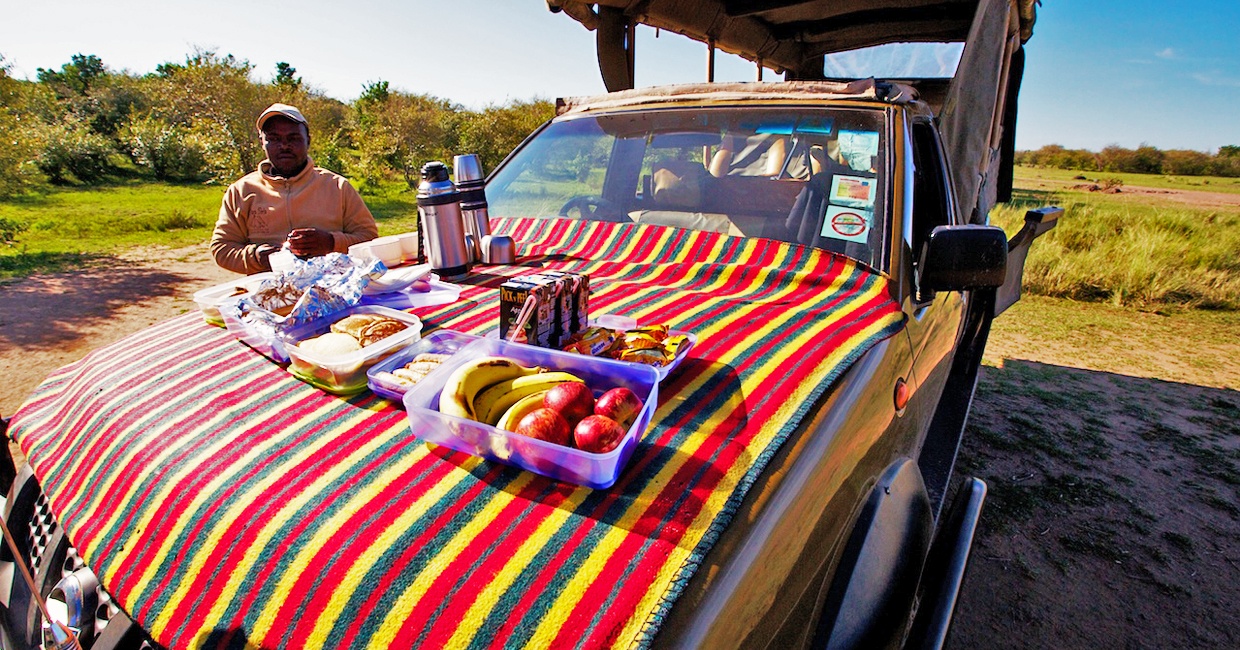 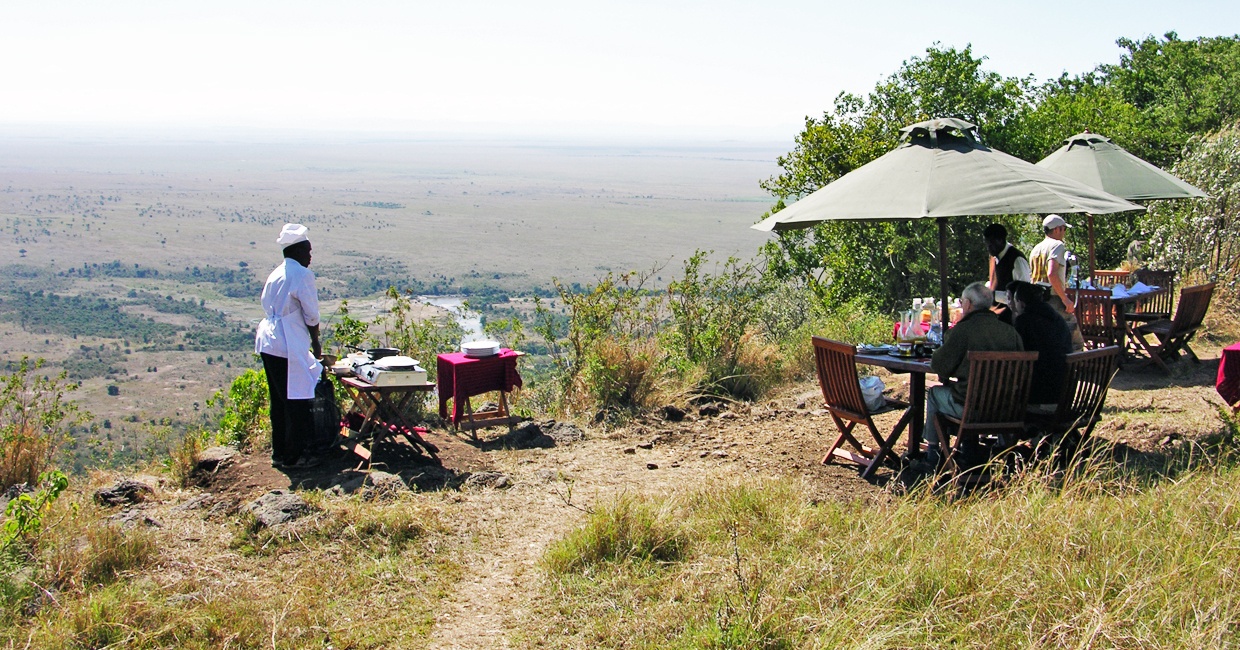 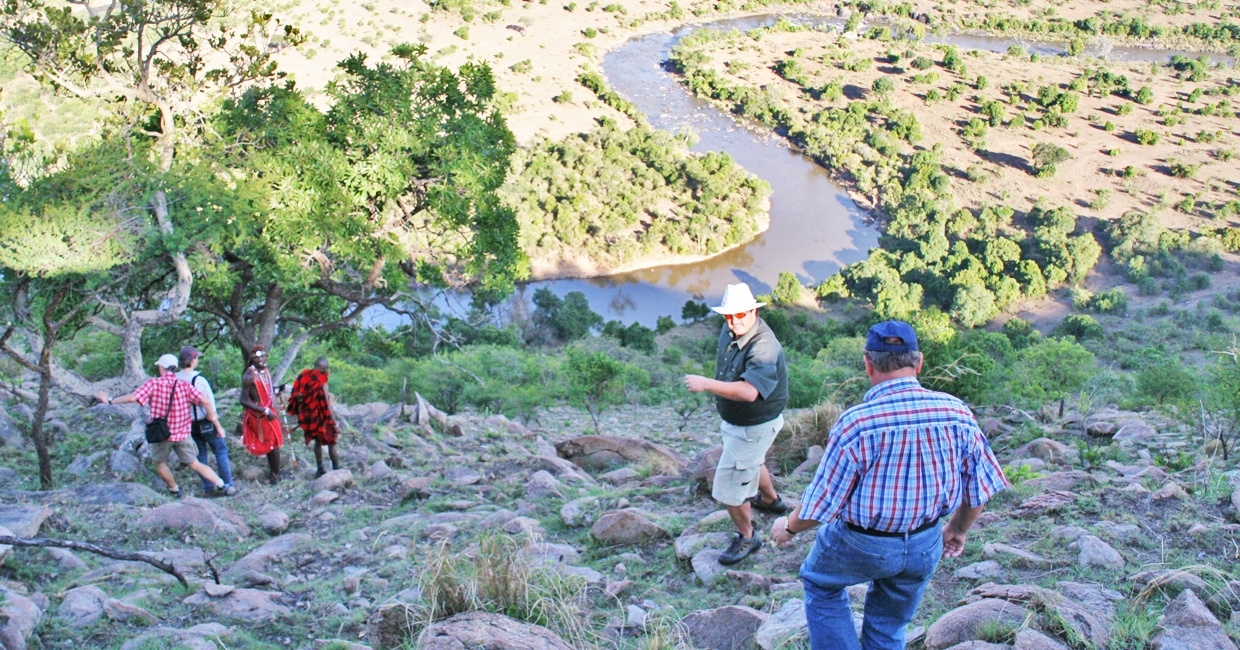 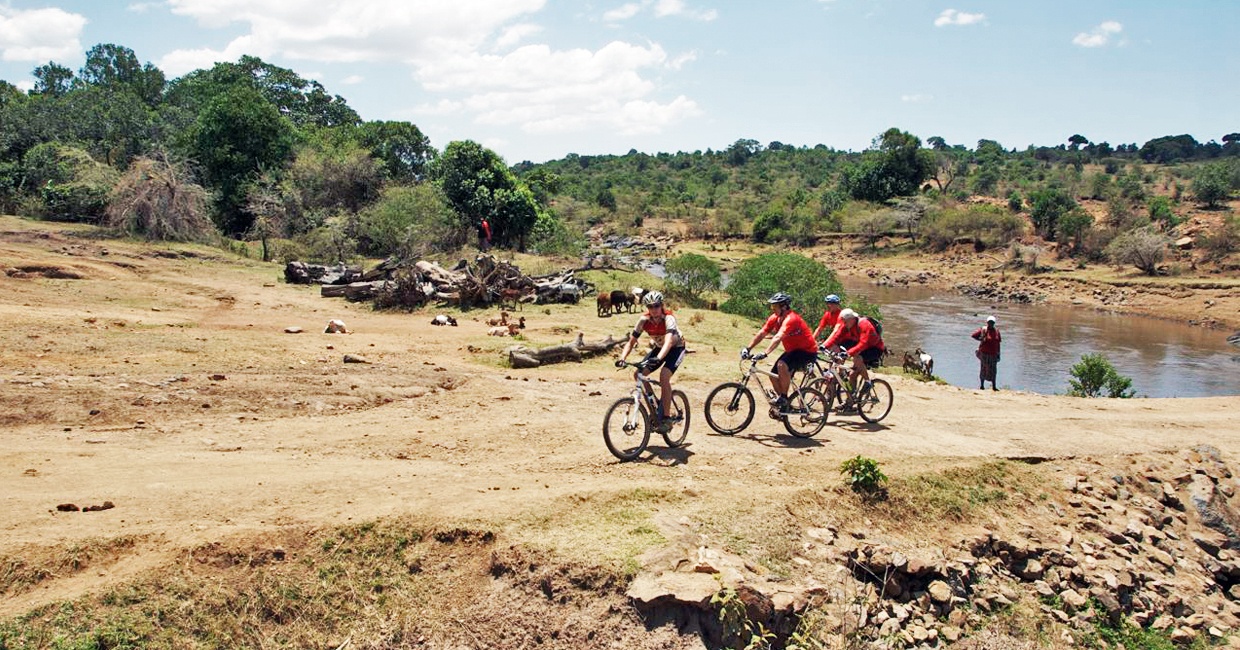 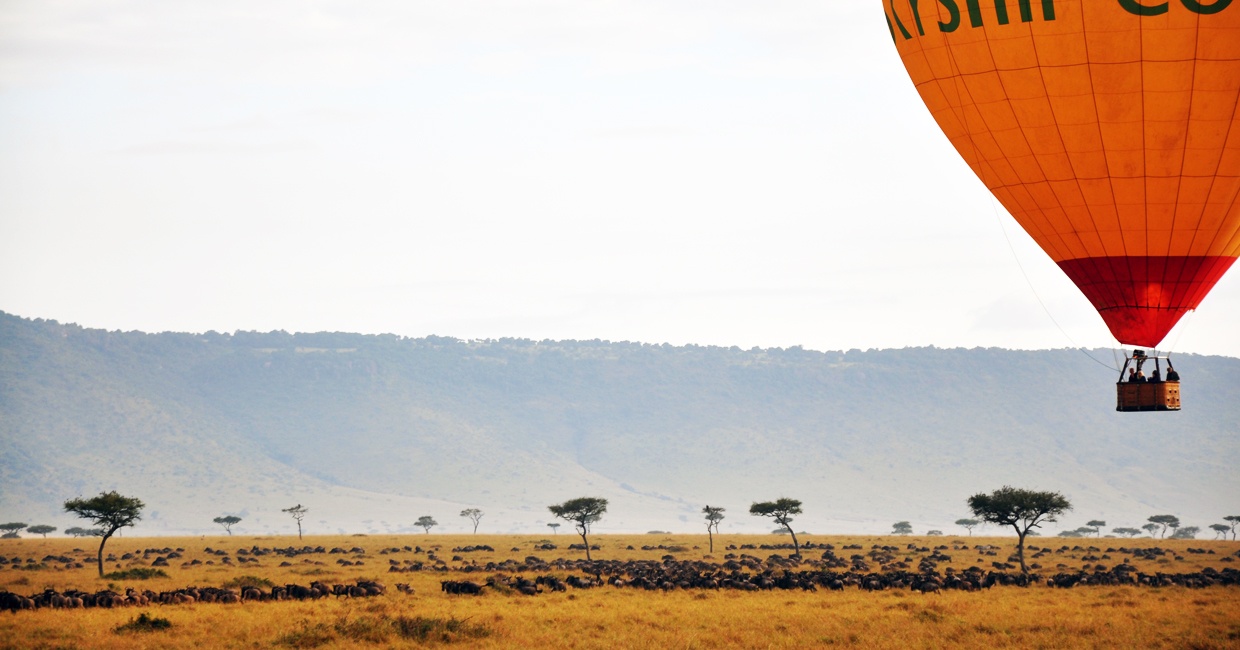 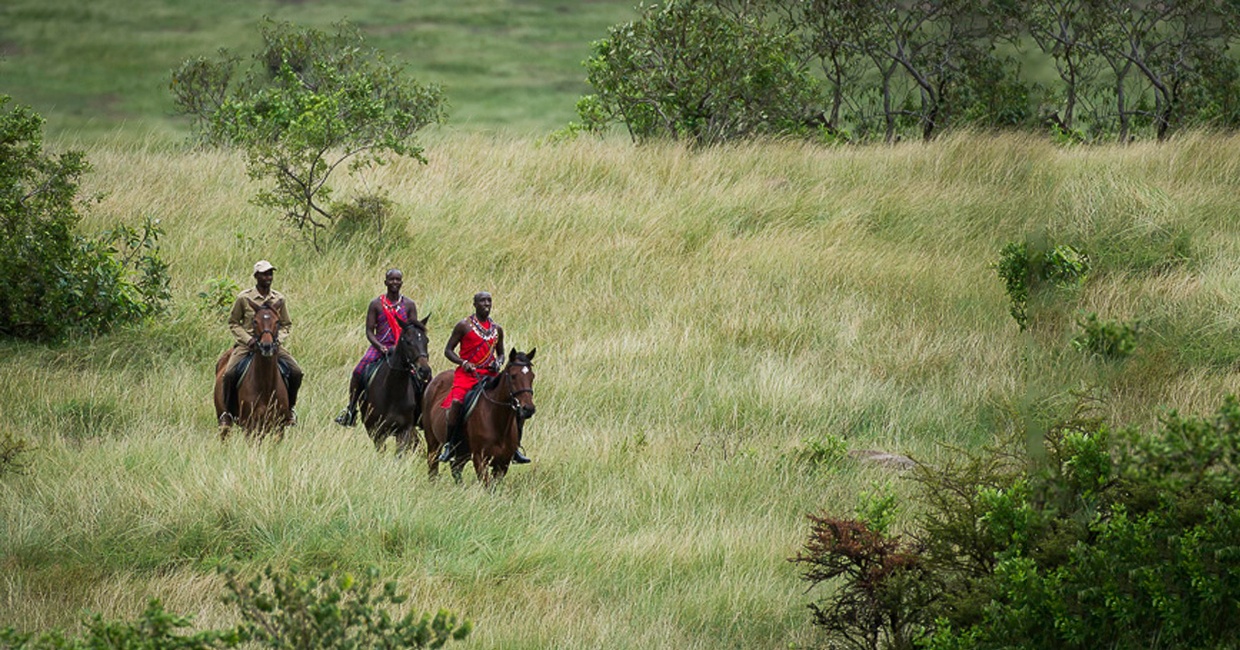 The Masai Mara is one of the best known and most popular reserves in Africa. It is located in the south west of Kenya and bounded by the Serengeti Park to the south, the Siria Escarpment to the west and Masai pastoral ranches to the north, east and west. The Masai Mara is not a National Park, but rather a National Reserve belonging to the Masai people and administered by the local county councils.

The Masai Mara is especially famous for the high amount of predators, such as lions and cheetah, and the Great Migration – 1.5 million wildebeest migrate through the Mara Triangle Reserve and cross the crocodile infested Mara River.

The Mara Triangle forms the North-Western part of the Masai Mara Reserve and is managed by the Mara Conservancy on behalf of Trans-Mara County Council. It covers 51,000 hectares (one third of the whole Masai Mara Reserve), has well maintained all weather roads and maintains a number of conservation efforts geared towards land and wildlife protection. Rangers patrol regularly to make sure park rules are obtained and it also means that there is almost no poaching and therefore excellent game viewing. There is also control over vehicle numbers around animal sightings. The Mara Triangle Conservancy assures a better, more authentic, experience when out on a game drive.

The Masai Mara is characterized by a very varied landscape with a romantic feeling to it, as everyone can whitness in the movie ‘Out of Africa’, which was shot on top of the Siria Escarpement. Sandy soil and small bushes can be found in the east, the Siria Escarpment forming a spectacular plateau as the western border, lush grasslands and woodlands around the Mara River and open savannah in the largest parts of the reserve.

When visiting the Masai Mara you are likely to see the famous Big Five: lion, leopard, elephant, rhino and buffalo. Especially lions are very common and easy to spot. The Mara Plains are home to a big variety of other animals like wildebeest, zebra, giraffe, impala and Thomson’s gazelle. Also cheetahs, hyenas and jackals are seen regularly in the reserve. Large amounts of hippos and crocodiles live in the Mara River. The Masai Mara’s birdlife equally impressive but less famous. There are over 470 species of birds recorded. Species such as eagles, ostriches, storks and vultures are among the more than 50 different birds of prey.