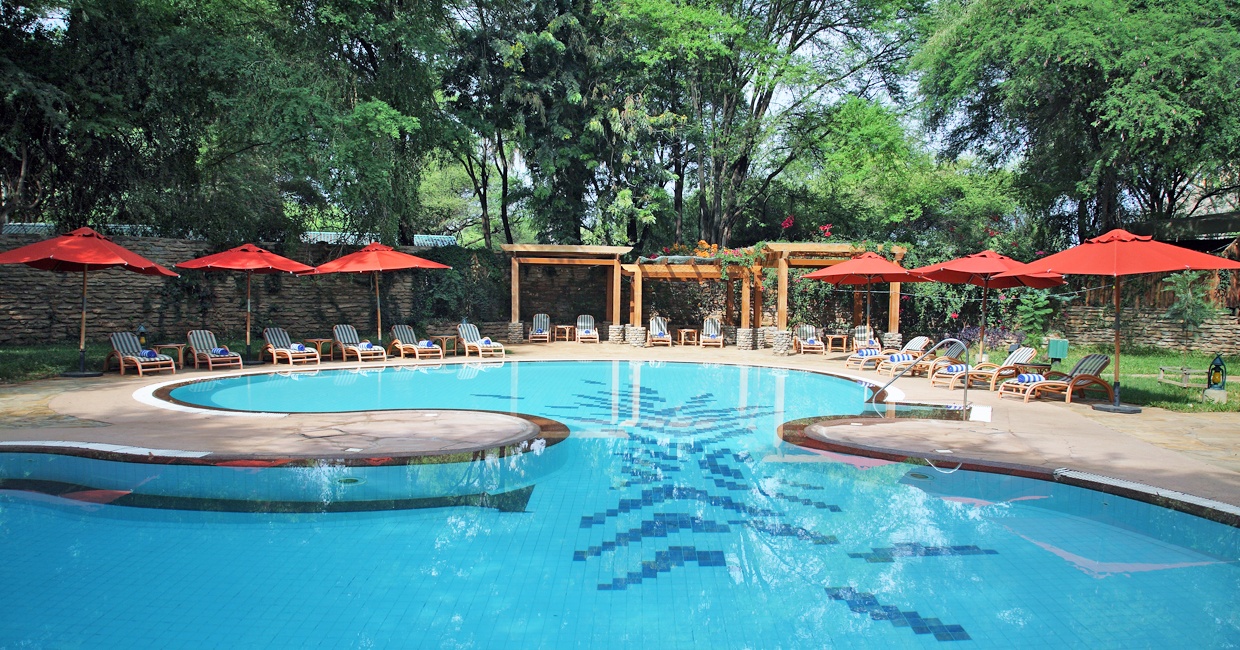 All cottages, rooms, and suites numbering 61 in total have en-suite bathrooms, some with baths, and all have private balconies overlooking the river. There are several family rooms. Facilities include a restaurant, two bars, a spa and a swimming pool with Jacuzzi. Set in a rugged landscape with a backdrop of jagged mountains, Samburu is host to indigenous animals unique to the region. Samburu Lodge is situated in the Samburu National Reserve with cottages, bandas, single and twin rooms spread out along the stunning banks of the Uaso Nyiro river.

The lodge has rooms from luxury cottages and bandas to single and twin rooms. All the rooms are decorated and overlook the river.

Facilities include a swimming pool, spa, and a crocodile bar.  The main dining room is open on the riverside with long tables and large buffets. The ever-popular Crocodile Bar overhangs the water and is a great vantage point for the nightly crocodile feeding. 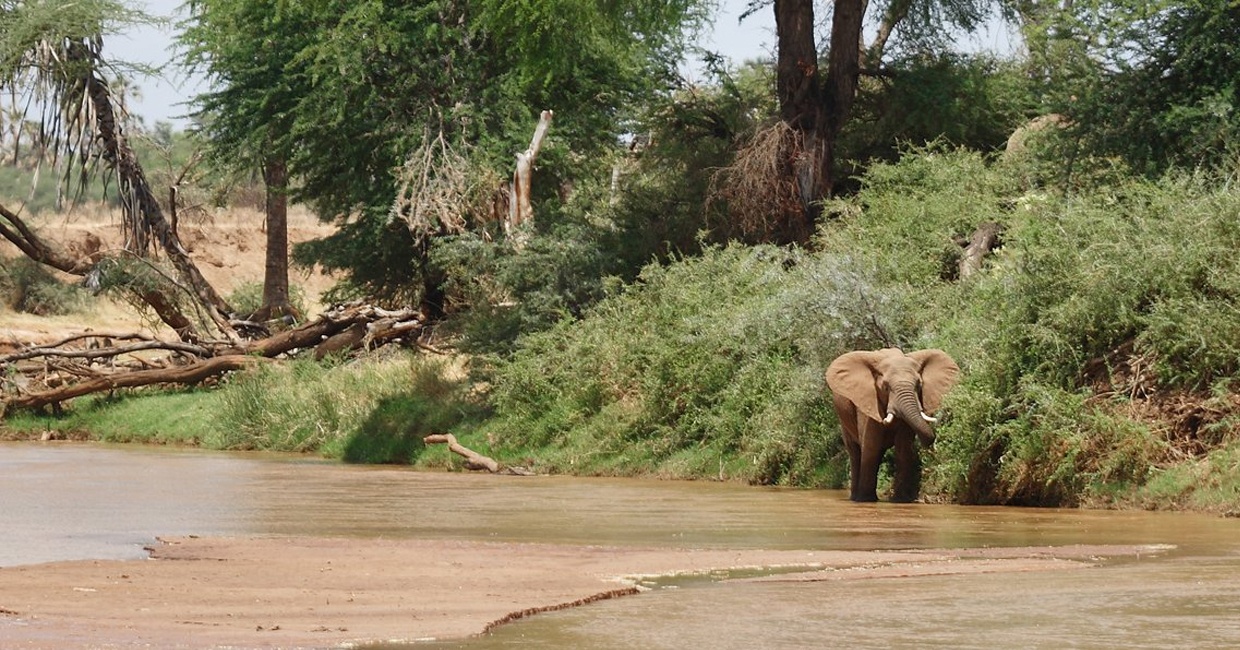 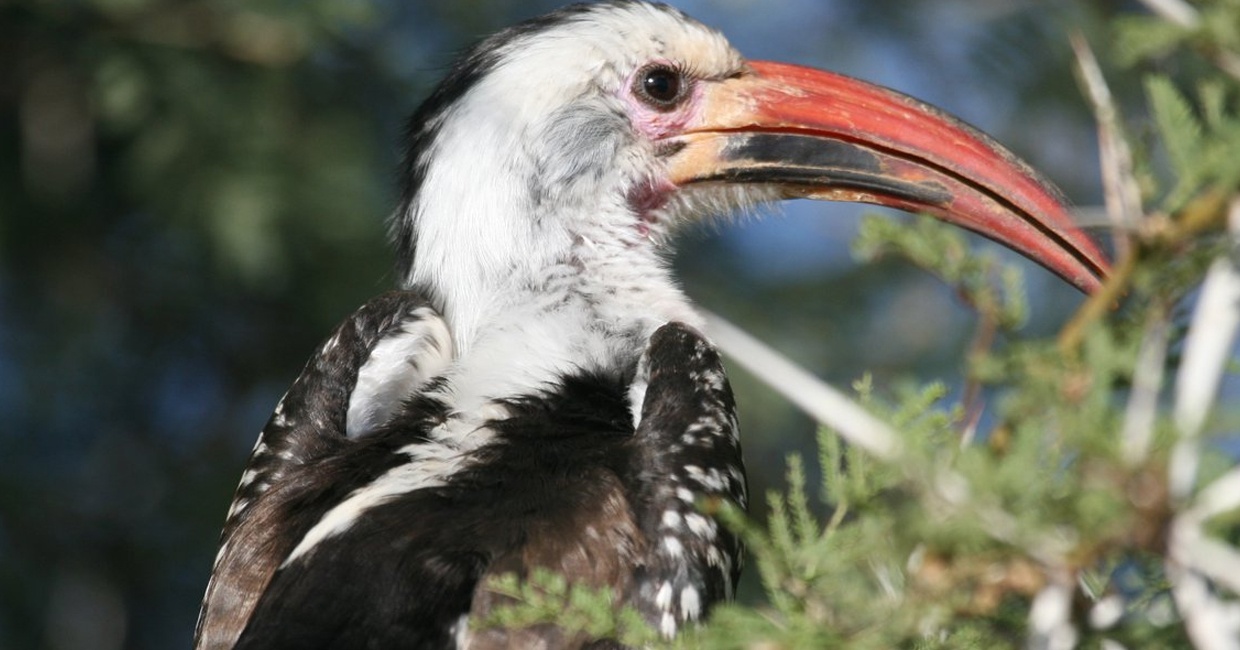 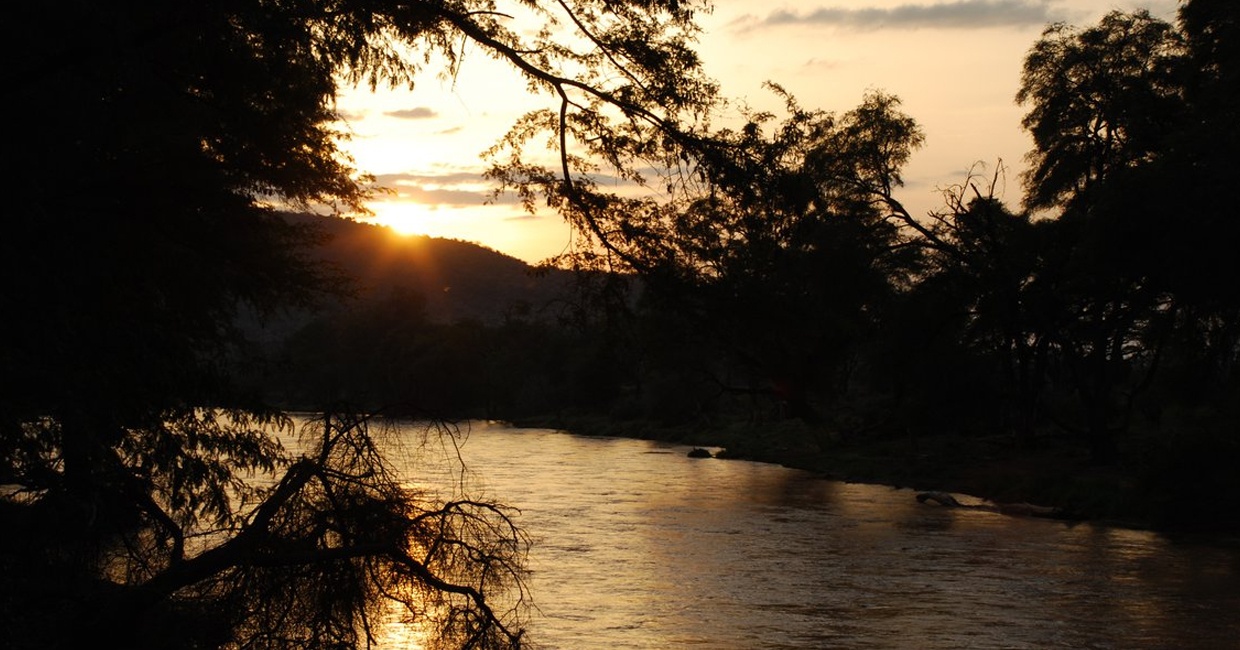 Unlike other wildlife areas in Kenya’s northern tourist circuit, the three reserves, known as the Samburu Ecosystem, sustain free-ranging wildlife species both within the reserves as well as far into community lands.

Lying on the fringe of Kenya’s vast, hot and arid northern region, Samburu’s rugged scenery, endless skies, and vast panoramas create a stunning backdrop. The Ewaso Ng’iro river is the bloodline of this hot and arid environment and its waters support big herds of Elephants as well as Black Rhinoceros, Buffalo, Lion, Cheetah, Leopard, and many other species. The riverbanks are lined with acacias, doum, and fig palms, providing shade and sustenance to the visiting wildlife, and good numbers of crocodiles and hippos can also be seen along the sandbanks. The birdlife is strikingly numerous and colorful; there is no difficulty in seeing well over a hundred birds on a single day and especially around the river and the waterholes.

Besides normal species found elsewhere in Kenya, Samburuland has its own ‘Special Five’ – rare and endemic animals home in the Samburu ecosystem: