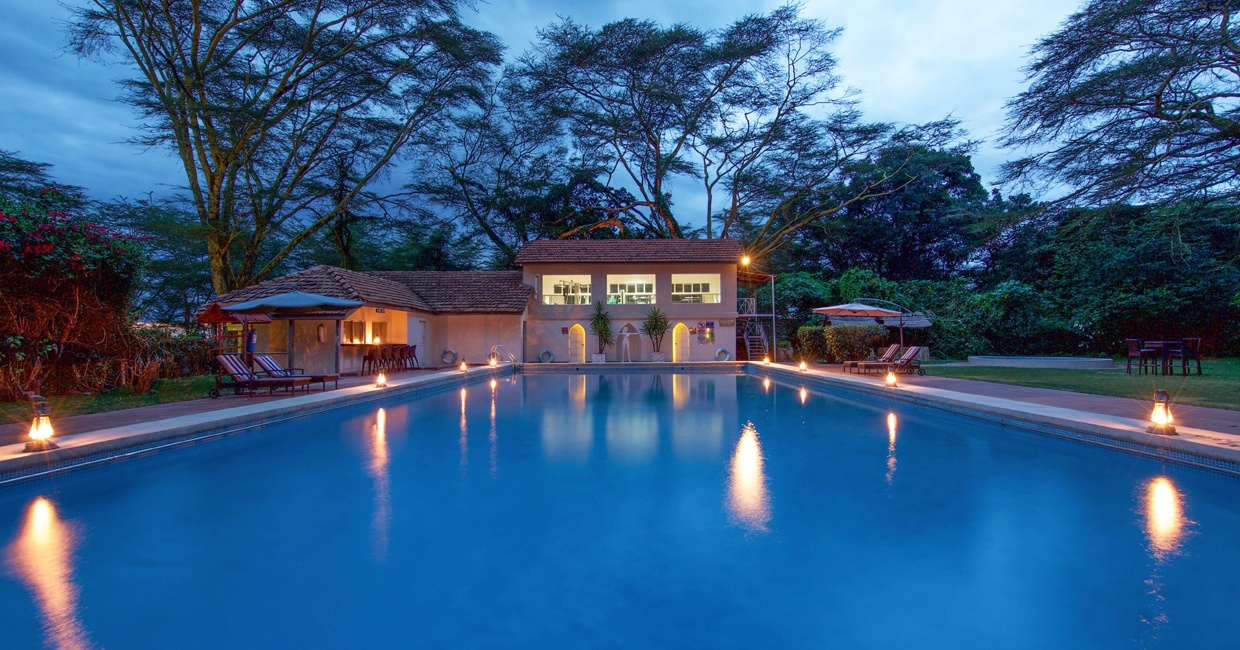 Located on the shores of the Naivasha Lake, the Country Club features a pool and a spa. It organizes a variety of activities in contact with the surrounding wildlife and is 100 km from Nairobi. Accommodation at the Country Club Naivasha is elegantly decorated, including tiled floors and wooden furniture and interiors. They all come with a private bathroom, and some of them include a balcony with garden views.

The restaurant offers both à la carte and buffet options. A rich breakfast buffet is served every morning, while barbecue facilities and a bar are also available. Activities organized at the Club Naivasha Lake include visits to the Crescent Island Private Sanctuary, located 25 minutes away by boat. Three bird watching walks a day are also available.

The lodge is ideally located for all activities in the Lake Naivasha Region, also daytrips to Lake Elementaita, Lake Nakuru Kereita or Eburu Forest are feasible.

Boat trips on the lake or to nearby Crescent Island Sanctuary can be directly organized from the lodge.

Horse riding is on offer at the nearby Sanctuary Farm.